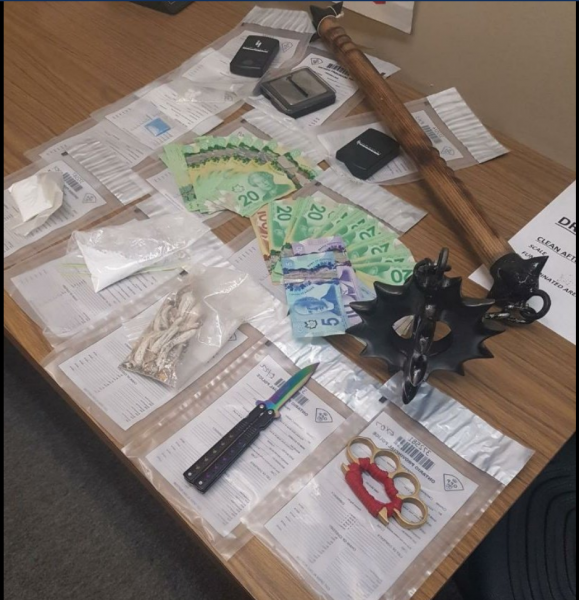 On October 14, 2020, at approximately 2:00 p.m., members of the Northeast Region Community Street Crime Unit (CSCU), with the assistance of the Superior East Detachment of the Ontario Provincial Police (OPP), executed a Controlled Drugs and Substances Act (CDSA) warrant at a residence in White River.

A search of the residence yielded quantities of suspected cocaine, psilocybin (magic mushrooms) and methamphetamine which were subsequently seized. Several weapons and cash were also located and seized. The total street value of the seizure was approximately $5500.

As a result of the investigation, Christopher BELAND, 24 years-of-age, from White River, was arrested and charged with the following: