On November 29, 2019, members of the Superior East Detachment of the Ontario Provincial Police (OPP) and the Wawa Volunteer Fire Department responded to two structure fires in Wawa, Ontario.

Police are asking the public to be vigilant and to report any suspicious activity to the OPP. Any person with information regarding the person(s) responsible for these incidents should immediately contact the OPP at 1-888-310-1122.

Should you wish to remain anonymous, you may call Crime Stoppers at 1-800-222-8477 (TIPS) or submit information online at www.saultcrimestoppers.com where you may be eligible to receive a cash reward of up to $2000. 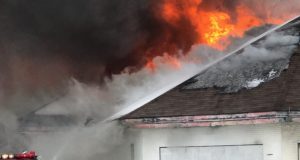