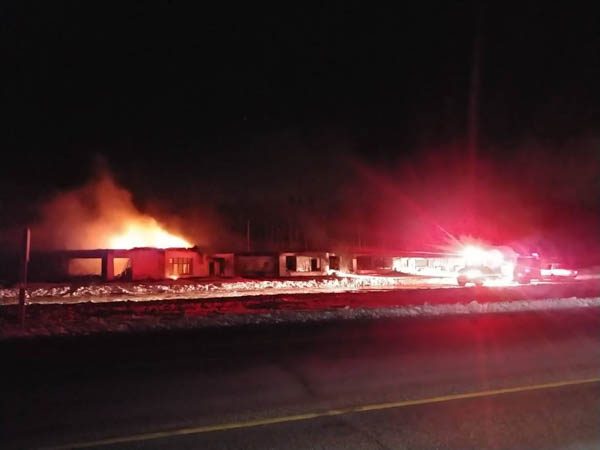 Nov 29, 2019 @ 15:55 – The blaze continues on Pinewood Drive as the vacant Pinewood Inn burns. The centre portion has collapsed, and the fire has spread to the rooms that flanked the central restaurant and  gift shop. 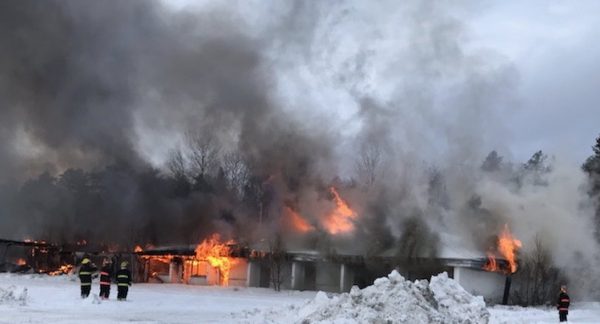 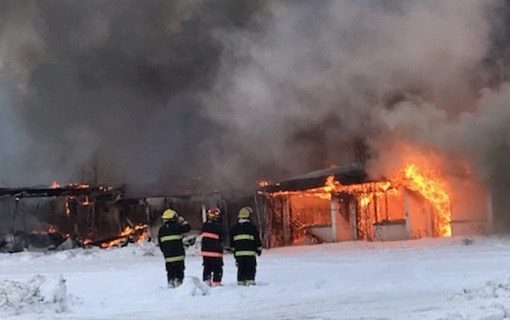 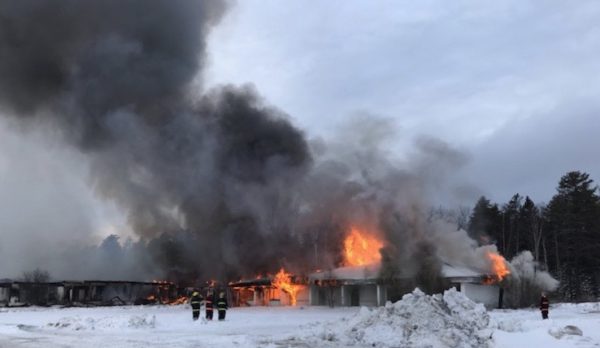 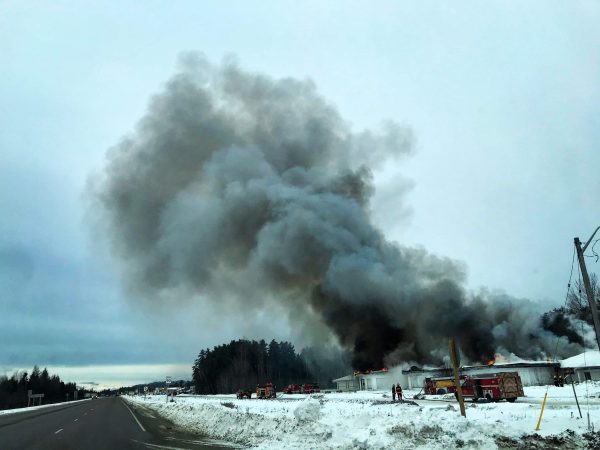 Nov 29, 2019 @ 11:18 – The Wawa Fire Department continues to fight the fire at the Pinewood Inn, originally known as the New Era. Officers from the Superior East OPP are conducting traffic control. 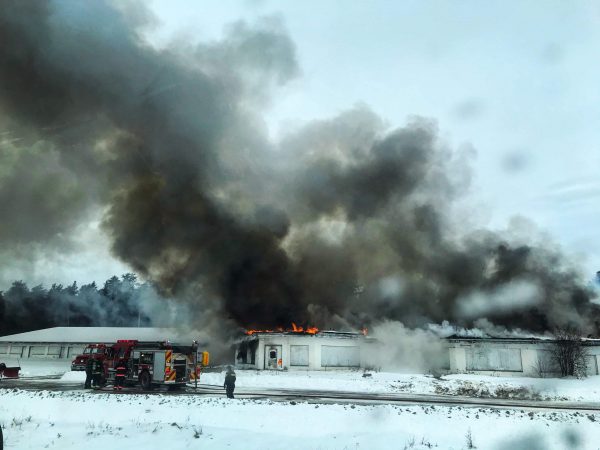 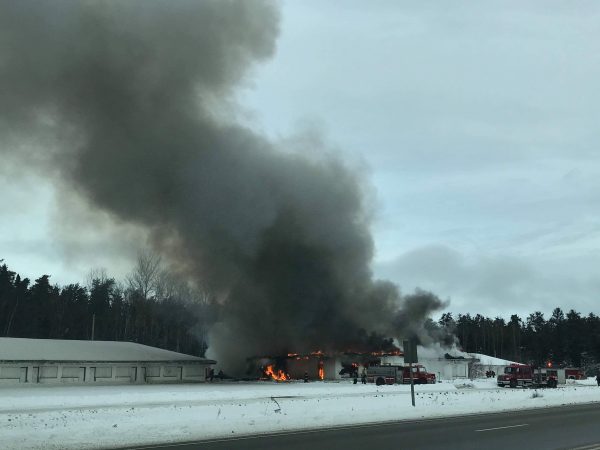 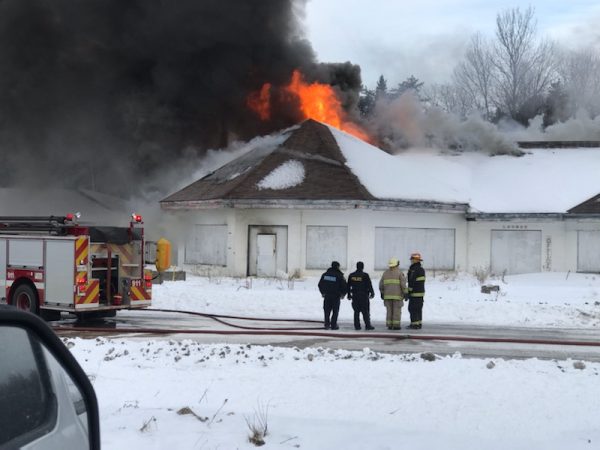 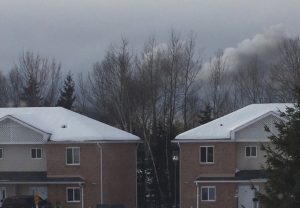 Nov 29, 2019 @ 10:16 – The Wawa Fire Department is currently responding to a fire within the vacant Pinewood Motel on Pinewood Drive. The smoke is visible from Wawa, and at the scene the building is ablaze. The Municipality’s Infrastructure Department has used a loader to move snow for the firefighters. 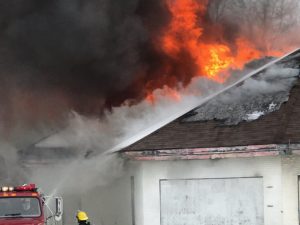 Please avoid the area as there is not a lot of room. Allow the firefighters and any resources that may be assisting access.