NDP Environment and Sustainability critic Ian Arthur released the following statement in response to news that Hydro One’s deal with Avista Corp has been scrapped by Washington state’s regulator due to Doug Ford’s political meddling:

“Today’s decision (December 5th, 2018) makes it clear that Doug Ford’s political meddling has sent shockwaves through the business community and increased the risk of doing business in Ontario. Ford moved quickly to rip up legally signed contracts and exert political influence over Hydro One. Now, his interference and schemes could cost Ontarians as much as $103 million US in penalties, in addition to irreparably harming Ontario’s reputation as a safe place to invest and do business.

The former Liberal government let Ontario down by allowing this deal in the first place. Now Doug Ford has made things much worse. Ontario families deserve so much better than Doug Ford’s political meddling.” 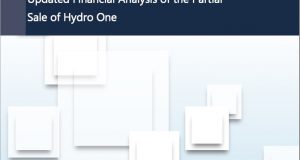