Ontario Northland to be Featured on Discovery

“We’re excited for the series to air so we can share the complexity of our day-to-day operations between Cochrane and Moosonee with viewers around the world,” says Corina Moore, President and CEO. “We expect the series will increase awareness about Ontario Northland and our remarkable impact to the region, while showcasing the skills of our employees.”

“This series demonstrates how important our freight and passenger service is to the North,” continues Moore. “We are thankful to our customers, employees and community leaders who helped coordinate this production. What an unbelievable opportunity to promote Ontario Northland to Discovery viewers.” 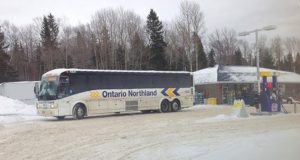