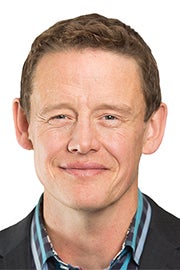 The NDP critic for Accessibility and Persons with Disabilities, Joel Harden, said that the NDP’s call for Doug Ford to end the long lines at Service Ontario outlets by reversing his $4.9-million cut and mandating expanded hours, is critical for Ontarians with disabilities.

Harden said many people living with disabilities have been forced to wait in long, crowded lines at Service Ontario outlets.

“Long lines have been snaking out Service Ontario outlets’ doors, forcing people to wait for hours, sometimes out in the elements. These conditions amount to more risk and more barriers for people with disabilities,” said Harden. “Doug Ford needs to reverse his cut to Service Ontario and invest in better service. We need expanded hours, including evening and weekend options, and hours exclusively for seniors and vulnerable people, so they’re not left waiting in long, crowded lines, risking their health and safety.”

The former Liberal government eroded service at Service Ontario outlets starting in 2012 by privatizing outlets, leading to lower staffing levels and wages, and longer lines. Ford has made things worse, slashing $4.9 million out of Service Ontario in the 2019-20 budget. During the pandemic, NDP MPPs have had a steady stream of calls from people worried about painfully long lines, posing challenges to seniors and people with disabilities who can’t stand in line for hours, and causing pandemic worries about large numbers of people queueing up.

Tom Rakocevic, the NDP critic for Government Services and Consumer Protection, has been leading the charge for Ford to reverse his cuts and improve Service Ontario’s customer services.