Status of COVID-19cases in Algoma

There are four active cases of COVID-19 in the Algoma District today (Sault Ste. Marie and Area).

The fire hazard is low to moderate across the central and southern portion of the region, while areas in the north are showing a moderate to high hazard today.

ON511 continues to warn that along Hwy 105 (north of Ear Falls and Red Lake area), visibility can be reduced due to smoke from nearby forest fires. Please make sure your headlights are on and use caution travelling Hwy 105 northerly to Red Lake. 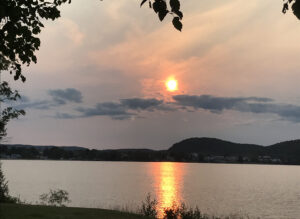 SSM Police Services are warning of fraudulent activity regarding requests for gift cards over the phone.

Luckily, all three of the potential victims realized this was fraudulent and did not send them gift cards or money. Seniors were the targets in all three incidents police are aware of.

If someone contacts you requesting money while also asking you not to tell anyone, it is a sign something is not right.

It was terrifying to read that meteorologists are saying that nearly a year’s worth of rain fell in the province’s capital of Zhengzhou in the past three days. This rainfall forced the evacuation of approx. 200,000 residents across the broader region. The immense rainfall is one problem, but scientists are stating the rapid development of this city (12 million) has displaced much of the fertile ground which historically absorbed water from swelling rivers. Closer to home, Toronto has experienced that same problem, where urbanization doesn’t allow for rainfall to soak into the ground, it accumulates and creates huge runoff and pooling areas.