There was one new wildland fire confirmed in the Northeast region by late afternoon, with six other active fires, one is being held and five are under control.

The fire hazard ranges mostly from low to moderate, except for a few small areas of the region which are maintaining a high hazard this afternoon: they are located north of Lake Nipissing and northeastward to Temagami; in Cartier and surrounding areas; in Bisset Creek and southward into a portion of Algonquin Park; in Thessalon and its surrounding areas; and in Pukaskwa National Park.

There were seven new fires confirmed in the northwest region by the late afternoon of July 06 with more reports being investigated at the time of this update. At the time there are 75 active fires in the region. 25 fires are not under control, two fires are being held, 25 are being observed and 23 fires are under control.

Special air quality statement are in effect for:

Smoke plumes from some active fires west of Red Lake and Pikangikum will continue to affect the areas near the Manitoba border. Air quality is likely to deteriorate if the smoke descends to ground level. Today, winds will shift from an easterly to a southerly direction, again transporting smoke into the Sandy Lake area. 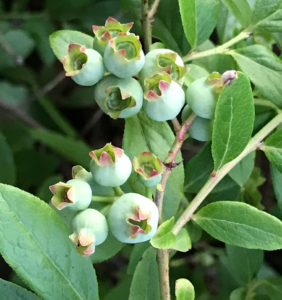 Don’t forget – Free Fishing Week is from July 3 to July 11, Ontario families can fish without buying a licence or carrying an Outdoors Card.

Congratulations to Haley Fortin and Matthew Schumacher of ES Saint-Joseph. They were awarded a Bishop Alexander Carter Foundation Scholarship. The Foundation’s Performance Excellence Scholarship, valued at $1,000, was awarded to graduates of Catholic secondary schools in the Diocese of Sault Ste. Marie who distinguished themselves as: enlightened believer, effective communicator, thoughtful thinker, independent learner, collaborator, considerate person and responsible citizen. The Foundation’s Excellence in Religious Teaching Scholarship, also valued at $1,000, was presented to the graduate of each high school who obtained the highest mark in this subject and illustrated themselves the most in school pastoral activities.

The project in Hornepayne will see their arena transformed into a community centre and hub. It includes upgrading the existing hockey arena, curling club, and youth space, and expanding the community centre to add a seniors’ socialization space with a community kitchen, a public library, fitness facility and a multiuse gym and meeting space.

Fascinating to read about Ohmie, a lamp made from the non-edible parts of Southern Italian Oranges and a biopolymeric base. This is a fully compostable product! What is even neater is that this lamp is being made by a 3d printing process. That could mean that this ‘material’ could be used for many other projects.

Lisa MacLeod, Minister of Heritage, Sport, Tourism and Culture Industries, will be joined by Robert Housez, Immediate Past-Board Chair of Destination Toronto and Lorenz Hassenstein, President and CEO of the Metro Toronto Convention Centre, to make an announcement in support of Toronto’s tourism sector at 10 a.m.

Christine Elliott, Deputy Premier and Minister of Health, will be joined by Michael Tibollo, Associate Minister of Mental Health and Addictions, and Dr. Dirk Huyer, Chief Coroner for Ontario, to make an announcement at 10:30 a.m.