On December 18, 2020, at approximately 11:30 a.m., members of the Superior East Detachment of the Ontario Provincial Police (OPP) responded to the report of a serious motor vehicle collision on Highway 17 approximately 10 kilometers south of Wawa.

Officers arrived on scene and found that a single tractor-trailer had struck a rock-cut. The driver of the vehicle, William MAGNUSSON, 55 years-of-age, from Libau, Manitoba, was pronounced deceased at the scene. The passenger was transported to hospital with non-life threatening injuries and later released. 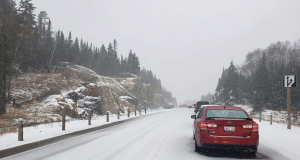