On November 3, 2020, at approximately 11:50 p.m., members of the Superior East Detachment of the Ontario Provincial Police (OPP) responded to a traffic complaint on Broadway Avenue in Wawa. A person had been observed operating a pickup truck erratically prior to parking it on the front lawn of a residence.

Police arrived on scene shortly after and established that the individual had operated a motor vehicle while intoxicated by alcohol.

As a result of the investigation, Riley WILLET, 30 years-of-age, from Echo Bay, was arrested and charged with the following: 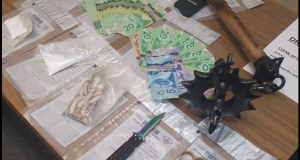