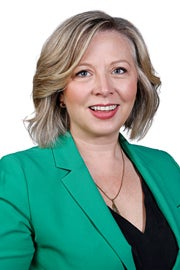 The Ford government’s back-to-school scheme stacks kids in overcrowded classrooms, while forcing many high school students to do half their education alone at home with little to no help — putting students’ health and academic success at risk so that Ford can save money on the backs of students, again.

NDP Education critic Marit Stiles said the right solution is hiring thousands of teachers, education workers and custodians so that all kids can return to school in the fall full time, but in smaller, safer classes. Instead, the scheme released by Premier Doug Ford and Education Minister Stephen Lecce on Thursday includes just $16,000 per school for additional staff — far less than one new staff person per school.

“Classrooms were already overcrowded, and the Ford government is sending kids right back into those packed classrooms. These kids should be in smaller class sizes so they can physically distance, and reduce the chances of spreading an outbreak,” said Stiles. “Funding a pathetic $16,000 per school for more staff means schools can’t break up kids into smaller, safer groups.”

Stiles said the plan to have high school students in designated school boards forced to stay home 50 per cent of the time, learning online instead of at school, puts academic futures at risk for thousands – especially, since no teachers will be added to support that. According to the government’s guidelines, for half of the time, students “would be assigned curriculum-linked independent work on remote learning days and, where possible, would participate in synchronous learning with their teacher and classmates for a period of each school day.”

“Online learning didn’t work for most high school students,” said Stiles. “Now the Ford government is forcing them to do half their classes alone at home, with no guarantee they’ll get instruction, let alone help or one-on-one support. This could hurt graduation rates, attendance rates, and even ruin some kids’ plans for college or university.”

“My heart goes out to all the parents, teachers and education workers who are going to be crestfallen about this announcement. We should be sparing no expense to give children both safety, and the best education we can. Instead, Ford has put together a low-budget scheme to save money on the backs of children, and the price of that is a higher risk to their health and safety, and risk to their academic success.

“It’s not too late. We are urging the Ford government to add funding, and get to work getting thousands of teachers, education workers, custodians and classroom spaces lined up so that all students can join a small, safer classroom in September.”