On June 13, 2020, at approximately 10:03 a.m., members of the Superior East Detachment of the Ontario Provincial Police (OPP) responded to a missing person call. It was reported that the missing person may be in the Wawa or Dubreuilville area.

Officers located a vehicle matching the descriptors provided at approximately 1:21 p.m. and performed a traffic stop. Investigation revealed that the missing person was inside the vehicle as well as another individual that was on conditions not to communicate with them.

As a result of the investigation, a 31-year-old, from Greenstone, was arrested and charged with the following:

The accused was released from custody and is scheduled to appear before the Ontario Court of Justice in August, 2020, in Wawa. 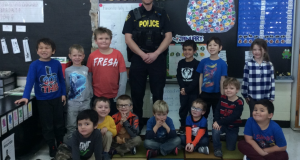 A special visit to SJD Kindergarten