The Shadows of the Mind Film Festival is excited to announce the 2020 lineup: 29 select films from around the world, set to screen Feb. 22 to March 1 in Sault Ste. Marie. The 21st season kicks off on Saturday, Feb. 22 with the gala film Arab Blues at the Grand Theatre and catered after-party at the Sault Ste. Marie Museum featuring a ‘Through the Lens’ exhibit.

Starting Feb. 24, each weekday will be filled with meaningful theme-focused documentaries and dramas, many with panel discussions, and by donation/pay what you can admission.

Evening and weekend lineups will feature internationally acclaimed cinema. Dark Waters, La Belle Epoque and Tel Aviv on Fire are just a few of the highlights. A strong Canadian selection includes And the Birds Rained Down, White Lie and the hilarious comedy Menteur (Compulsive Liar).

Filmgoers will be able to see scenes of northern Ontario in screenings of Castle in the Ground, shot in Sudbury; The Bet, shot in Sault Ste. Marie with producer David Gordian in attendance; and Brotherhood, shot in Michipicoten First Nation with a question and answer with guest filmmaker Richard Bell.

The shorts program, Reel Northern Flicks will be on hiatus this year and in its place, organizers have programmed an Oscar-nominated surprise movie.

Tickets go on sale on the website and at the Shadows Box Office on Feb. 10, 2020, in the Station Mall, Dennis Street entrance. It will be open from Monday to Friday from 11 a.m.-7 p.m., Saturday and Sunday from 12-5 p.m. through the festival. Cost-saving five movie vouchers are also available for purchase online. 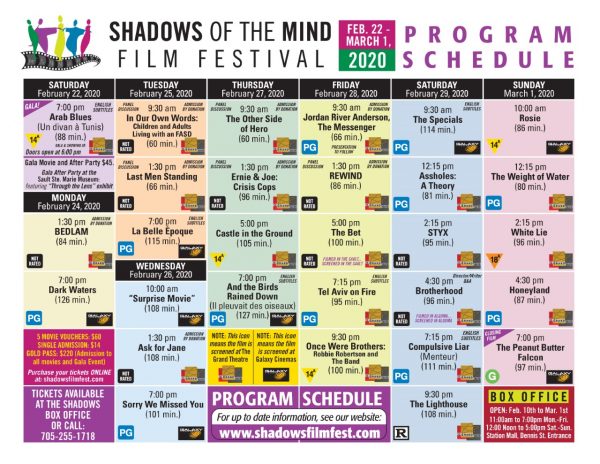 About Shadows of the Mind
Shadows is a not for profit, volunteer-run film festival in Sault Ste. Marie that focuses on providing insights into mental health, addictions, and current social issues through the lens of exciting, unique and entertaining movies and documentaries. 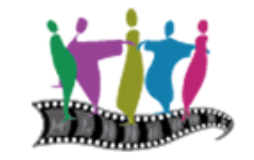 Shadows of the Mind to Screen Brotherhood