Schreiber OPP use Helicopter, Canine Unit and ERT to search for Driver of Stolen Vehicle 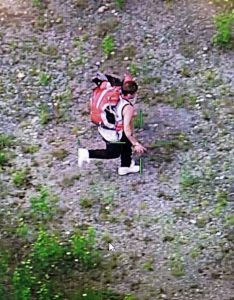 Schreiber OPP had attempted to conduct a vehicle stop as the investigation revealed that the vehicle was stolen from New Brunswick. The driver did not stop and fled from police.

OPP Air Service (helicopter) assisted officers by following the vehicle and observed that the vehicle had pulled over onto Ivar Road, west of Shabaqua. The driver and lone occupant had exited the vehicle and entered the bush.

Cody WHITE, 26 years of age, from Tiny Township, ON has been charged with the following Criminal Code (CC) offences;

WHITE has been held in custody for a video court appearance on July 15, 2019.