Jul 12, 2019 @ 12:06 – Superior East OPP have confirmed that two adults are deceased as a result of the crash.  Community Safety/Media Relations Officer Trevor Tremblay stated in a media release that “Their identities are being withheld until post mortem examinations are conducted.” A team from the Transportation Safety Board (TSB) is currently at the scene conducting their investigation.

Montgomery Road in Hawk Junction remains closed (other than to local traffic) and will remain so for the duration of the TSB investigation.

Jul 11, 2019 @ 18:15 – CTV News is reporting tonight that the aircraft crash this morning has claimed at least two lives, including the pilot. Transport Canada has deployed a team to investigate, and the OPP Forensic Identification Services Unit (FISU) is also assisting with this investigation.

Jul 11, 2019 @ 15:36 – The Transportation Safety Board of Canada (TSB) has posted on their website that they are deploying a team of investigators following an accident involving a deHavilland Beaver DHC-2 floatplane, near Hawk Junction, Ontario.

The TSB will gather information and assess the occurrence.

Jul 11, 2019 @ 12:06 – Algoma Power tweeted at 11:31 a.m. that “Power #outage in Dubreuilville and Missanabie due to an airplane crash. Goudreau & Lohalsh are also affected. Crews are on site. Estimated time of restoration TBD.” Algoma Power has communicated that 576 customers in the area of Hawk Junction, Dubreuilville, Lochalsh, Missanabie and Goudreau have been affected. 153 customers have been restored in Hawk Junction and Anjigami. Peggy Lund of Algoma Power explained “Our crews have been given access to API’s equipment at 11:15 a.m. to begin the repairs. Power is expected to be restored within the next hour.”

Editor’s Note – Updates regarding the power outage can be found here. 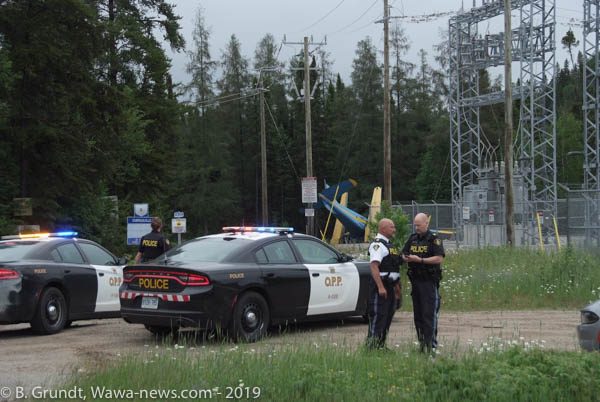 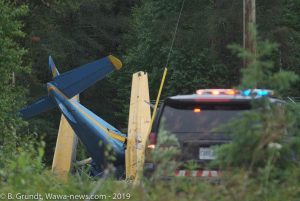 Jul 11, 2019 @ 10:53 – About 9 this morning, an aircraft crashed just northeast of Hawk Lake. The aircraft is on the ground just behind the power substation on Montgomery Avenue. OPP, Ambulance and Wawa Fire were at the scene. (At 10:53 a.m. the name of the company that owns the aircraft in Hawk Junction was removed.)

There is no word on the condition of the pilot and/or passengers.