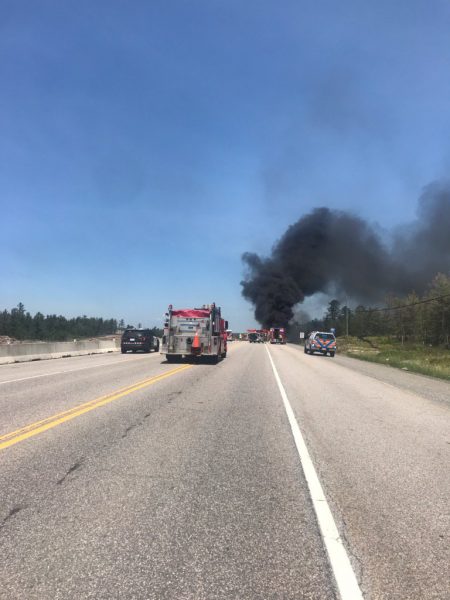 The 37-year-old, driver of a southbound pickup truck, from Sudbury, Ontario, was pronounced dead at the scene.

The 59-year-old driver of the northbound commercial motor vehicle, from Rayside-Balfour, ON, was transported to a hospital to be treated for non-life threatening injuries.

A post-mortem examination is expected to occur today. Further information will be released as it becomes available.

Highway 69 was closed in both directions for approximately ten hours while OPP Traffic Collision Investigators conducted an analysis of the scene.