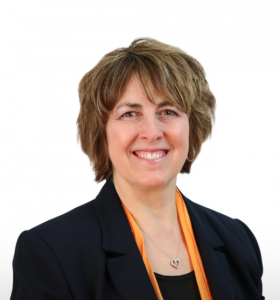 The more time Canadians have to unpack the Liberal commitment to invest in public infrastructure, the more it becomes obvious the plan is largely about turning tax dollars and public assets over to the private sector.  This for-profit investment model was never fleshed out during the election, most likely because it never would have received much in the way of public support. With the creation of an infrastructure bank to dole out tax dollars to private investors, the plan to support profitable projects was laid bare and now Canadians are learning that the government intends to sell off public assets.

In some ways this is old news, but there`s a new wrinkle that has gone under-reported over the summer.  Many will recall the discussion about the sale of public assets was a feature of this year’s budget debate.  We learned that the government hired the consulting firm PricewaterhouseCoopers to advise them on how the privatization of Canadian owned airports might proceed.  This summer a government website (Buyandsell.gc.ca.) revealed that the Liberals are studying the sale of up to $8.3 billion worth of Parks Canada infrastructure.  The divestment proposal includes roads, bridges, and dams that are critical to our national parks. If sold, this important infrastructure will generate cash for private investors at the expense of future generations and potentially limit access to our public parks.

Canadians love our National Parks and the government knows that.  They were an important component of the mandate letter given to the Minister of the Environment and Climate Change.  That document focused on how the network of parks needs to be protected and better serve Canadians of all backgrounds.  In addition to that, the government made park access free for this year as a part of our Canada150 celebrations.  But at the same time as record numbers of people were visiting our parks, the government was studying the sale of critical infrastructure that will decrease access to park land and increase costs to Canadians going forward.  Neither of those outcomes matches the intent of the mandate letter the Prime Minister wrote to the Minister.

New Democrats are concerned that the promise to preserve and protect our National Parks has been abandoned.  Instead of listening to those familiar with these pristine spaces who are calling for better upkeep of park infrastructure, the government is taking Parks Canada down a road which is both reckless and irresponsible.  In addition to that, we are concerned about the government reaching out to private industry before any consultations with Canadians have occurred and that there is no indication that public consultations will be part of the process at all.

Without consultations, the sale of Parks Canada assets could take on the appearance of the government doing favours for their friends. There are multiple stakeholders who should be at the table before we enter into any negotiations that could bring about significant changes to our National Parks.  Community stakeholders, environmentalists, local First Nations, and Canadians who use the parks must be consulted in a meaningful way so that the government understands the full impact that could occur from privatizing these assets.  There is more at stake than a one-time influx of cash and Canadians deserve to have their concerns heard before it is too late to address them.

The scourge of plastic waste

Pandemic profiteers and ultra-wealthy must pay their share: Hughes

Comparisons won’t change much when it comes to combatting racism: Hughes

Comparisons won’t change much when it comes to combatting racism