It has been confirmed that two adults and two children have been killed as a result of the collision. One other involved adult has been transported to a local hospital to be treated for minor injuries. The OPP Technical Collision Investigators have been called in to assist with the investigation and the Highway remains closed.

The investigation is still ongoing. Further information will be released as it becomes available.

OPP are saying that four people have died in this morning’s collision on Highway 101, and a fifth remains in hospital via twitter. A friend of the family has confirmed that grandmother, mother, and two children have died while on their way to Timmins for medical appointments.

At 11:55 media were advised via the OPP Media Portal that South Porcupine Detachment of the Ontario Provincial Police advise of the following Road Closure:

Hwy 101 between Foleyet and Hwy 144. Police investigation of serious motor vehicle collision. There is no detour, and unknown when the highway will reopen.

Wawa-news has been made aware of a collision on Highway 101 between Chapleau to Timmins. OPP has tweeted at 10:49 – Highway 101 is closed in both directions approx 70km west of Timmins due to a serious motor vehicle collision.

Wawa-news will continue to update this story as more information becomes available. 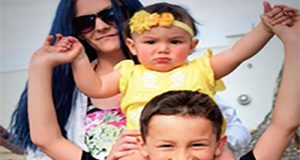