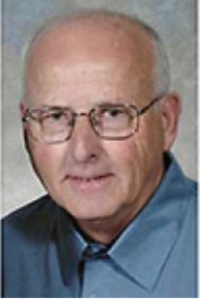 Leonard Lamoureux was born in White River, Ontario on June 13, 1937. He was predeceased by parents, Caliste and Aime Lamoureux, son Shaun, brothers, Emmanuel and Rene Lamoureux, and sister Georgette.

Len attended school in White River and graduated from North Bay College. He began employment with Ontario Ministry of Transportation in 1957 in the Engineering Department and proceeded to Construction Supervisor then transferred to the Maintenance Department in 1977, where he retired as the District Maintenance Supervisor in 1992. His career took him from White River to Kenora and Ottawa with a return to Kenora in 1974. Len and Joan wintered in South Texas for 23 years (1993 to 2015).

Len was a super Dad to his two sons, always there for them, at their sporting events and encouraging them throughout their academic years. Early on, he instilled in them the importance of education with both sons graduating from the University of Manitoba and then receiving their Chartered Accountant designations.

Len enjoyed fishing, boating, and camping on Lake of the Woods and Rushing River.

Len and Joan moved to Winnipeg in September 2015 to be closer to their sons and their families. Len enjoyed his five and a half years at Parkway Assisted Living Centre. After a six-week hospital stay in spring 2021 he moved to Simkin Centre where he received exceptional and tender loving care.

I will miss you Len.

A service and reception will be held on Saturday, April 16 at 10:00 a.m. at Thomson in the Park Funeral Home.