There are a multitude ‘realities’ in the world, including some very unpleasant ones found close to home in our own communities and even in our own families. One of the worst ones is of a family home destroyed by fire. That in itself is a most unfortunate reality. But, of course, things can always be worse such as when we learn that the family did not have any fire insurance to protect them. This situation may or may not have been by choice as sometimes total family income just can’t be stretched to include fire insurance. However, sometimes it’s a deliberate choice as some people consider such coverage unnecessary or wasteful.

The truth is, like so many things in life, we give little importance to opportunities until things happen – and we really need them. Something as simple as not having fire insurance can devastate a family for life.

The same thing can be said for healthcare insurance. Just look to our American neighbours’ lack of a universal healthcare program like we have here in Canada. If we are seriously injured or get sick, no matter what our income level is, we know that we will have access to some of the best medical and health care in the world at no out of pocket cost. For our American neighbours, getting sick or injured can wipe an entire family out financially forever. If an American can’t afford the enormous costs of treatment and care, they just have to do without, sometimes living with constant pain, disabilities – even facing death in some cases.

Thankfully, our forefathers such as Tommy Douglas, the former Premier of Saskatchewan and later leader of the newly formed federal NDP, previously called the CCF, saw things differently. Douglas believed that all people, regardless of status, skin colour or income, have a right to universal healthcare. All people, not just those with money or connections, should have equal access to the same quality of healthcare whenever they need it.

While Douglas is credited as the founder of universal healthcare here in Canada, it is important to note that such creation required the cooperation and compromise of all parties and their leaders. It is the perfect example of what can be done when elected officials focus on improving people’s lives rather than getting re-elected.

Medicare in Canada came about over a half century ago. When it was initially created, Douglas, like many others knew that it was essential to at least get the program off the ground, fully intending to expand the program to include pharmacare in later years. That was half a century ago and it remains unfinished. In recent years, New Democrats have been pledged to complete the unfinished business of the original medicare program to include pharmacare.

Almost exactly a year ago, Toronto Star columnist Martin Regg Cohn wrote, “All these days and years later, we are no further ahead — in fact we are probably further behind, for the life-saving role of prescription drugs in fighting cancer, regulating blood pressure, controlling cholesterol levels, and modulating mental illness is far greater today than a half-century ago. Now we have free medicare without free medicine, undermining one of our proudest achievements.”

Cohn is right. And now it is time for this generation to complete this proud Canadian legacy.

Like I said before, no one thinks insurance is important until they need it. Now, with the pandemic possibly ramping up for a second wave that could dwarf the first, the need for pharmacare is great. What better time to tackle this issue than during this pandemic when all of us can see with our own eyes the value of a pharmacare program. The pandemic has shown Ontarians that workplace prescription drug benefits can disappear in an instant due to job loss. Right now, when we most need to keep people out of the hospital, pharmacare is more important than ever.

Just recently, NDP MPP Catherine Fife told the Legislature that the Ford Government needs to get a grip on COVID-19 testing. Every night on the news now we are hearing of families left waiting for hours and even days, leading to chaotic scenes at assessment centres across the province. Parents are lining up with babies at testing centres for the whole day only to be turned away without getting a test. People are frustrated and scared. In some cases the situation deteriorated to the point that the police were needed to calm things down.

The next thing you know, we learn that private for profit companies are offering COVID-19 testing at $400 a pop – but only for those who can afford it. But what about our commitment as Canadians to the concept of universal healthcare? To this Ford responded, “It’s a free market society.” Doug Ford fully endorses private for-profit companies who want to allow people with deep pockets to skip the lineups while their middle class and lower income neighbours watch them walk right up to the front ahead of them.

We know the Conservatives crave a two-tier American-style health care here in Ontario. Just ask the Minister of Long-Term Care if she endorses such a system. But does the premier really think that families should have to pay $400 for this government’s failure to COVID-19 plan? I’ll bet you dollars to donuts that the majority of Ontarians don’t share the view of Ford and his rich, corporate buddies.

We heard the federal government commit to universal pharmacare in its recent throne speech. However it is going to take a whole heck of a lot more than mere words to make it happen. Here in Ontario, the Liberal government had 15 years to implement pharmacare, and chose not to. Now, we’re worried that Doug Ford will actually do as he says and will actually stand in the way of creating a drug plan that covers everyone. His track record is to cut OHIP and undermine medicare, not expand it.

The pandemic is playing havoc with the lives of virtually all Canadians and has caused a frightening downturn in our economy. And experts have no idea of how low and how long this downturn will last. Now while the need is evident, we have an incredible opportunity to do something that will make a difference in peoples’ lives, both today and for generations to come. We have a federal government that is on board with the concept and wants to invest in Canadian’s health.

New Democrats know that such investment will pay dividends by preventing people from being sick and having to go to hospital for treatment. It will save lives. Let’s not follow the example of those who played down the importance of fire protection, only to find their family devastated with little hope to recover, even over time. Now is the time to complete the program that Tommy Douglas and all party leaders of his day started. 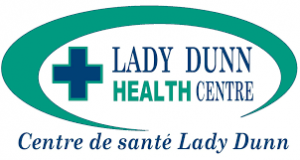 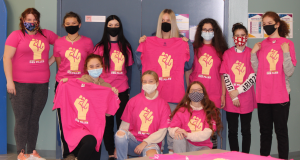 News from the Park – “The wolf may lose his teeth, but never his nature.”