Marine Forecast – Wind west 15 knots diminishing to west 10 near noon then veering to northwest 10 this evening. Wind increasing to northwest 15 Wednesday evening. Waves one half to one metre subsiding to one half metre or less this afternoon then building to one half to one metre Wednesday evening. Showers this afternoon and this evening with a risk of thunderstorms. Fog patches dissipating near noon. Mist forming this evening. Visibility 1 mile or less in fog patches and as low as 1 mile in mist.

There are eight active fires across the Northeast Region. All eight fires are being observed. The fire hazard is mostly low to moderate across the region, with the exception of some areas in the north near Hearst and Timmins which are showing a high to extreme hazard today.

There are 24 active fires in the region. Six fires are not under control, four fires are being held, 10 fires are under control and four fires are being observed. Three fires were declared out today. Scattered rainfall patterns across the region have resulted in widely variable fire hazard conditions. Most of the region features a mainly moderate hazard with significant pockets of high hazard in the Kenora, Fort Frances, Red Lake, Sioux Lookout, Dryden and Thunder Bay sectors. Northern portions of the Nipigon sector show high to extreme fire hazard.

Premier Doug Ford will be joined by Dr. Merrilee Fullerton, Minister of Long-Term Care, Shaun Collier, Mayor of Ajax, and Sharon Cochran, Chair of the Lakeridge Health Board of Trustees, to make an announcement on building long-term care capacity at 1 p.m.

Don’t forget – Algoma Power has a scheduled power outage today for the areas of Dubreuilville, Lochalsh, Missanabie, and Goudreau including the ALAMOS GOLD mine site, between the hours of 9:00 a.m. and 3:00 p.m. This interruption is required for pole and hardware replacements.. 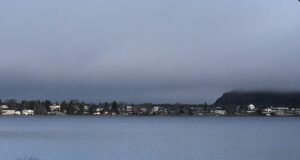 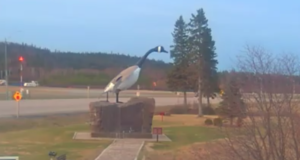 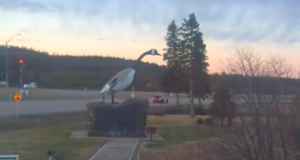