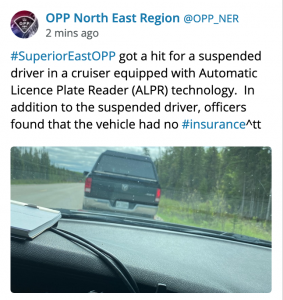 On June 7, 2020, at approximately 12:00 p.m., members of the Superior East Detachment of the Ontario Provincial Police (OPP) responded to a report of a person violating their court ordered release conditions in Chapleau.

Officer located the individual a short time later and place them under arrest. As a result of the investigation, Daniel TURNER, 25 years-of-age, from Chapleau, was charged with the following:

The accused was released from custody and is scheduled to appear before the Ontario Court of Justice on August 17, 2020, in Chapleau.