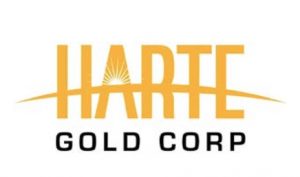 Harte Gold is pleased to announce the addition of Joseph Conway and James Gallagher to the Board of Directors of Harte Gold. Mr. Conway will also assume the position of Chair of the Audit Committee.

Pursuant to the press release announced August 28, 2019, part of the Governance Committee’s mandate was to identify two independent director candidates. The focus was on candidates who will provide operational experience, financial acumen and corporate leadership to help guide the continued ramp-up of the Sugar Zone mine. After completing an in-depth review of potential candidates, the Governance Committee unanimously agreed on its recommendations to the Board. The Company is pleased to welcome both Joseph Conway and James Gallagher to the Board of Directors of Harte Gold.

Mr. Conway, B.Sc., MBA, has 30 years of executive leadership and financial industry experience. Mr. Conway previously served as President and CEO of Primero Mining prior to its acquisition by First Majestic Silver Corp. in 2018. Prior to that, Mr. Conway was President and CEO of IAMGOLD from 2003 to 2010. During this period, Mr. Conway led IAMGOLD through its transformation from a junior joint venture company to a $6 billion leading mid-tier gold producer. During his executive leadership, Mr. Conway has been involved in strategic development including mergers and acquisitions, corporate restructurings and accessing the capital markets for over US$1.2 billion in debt and equity.

Mr. Gallagher, B.Eng. is a seasoned mining executive and Professional Engineer with a 35-year track record of optimizing operational performance, leading successful projects and consulting with global scope. Mr. Gallagher is currently the President and CEO of North American Palladium Ltd. (“NAP”). Since joining NAP, Mr. Gallagher rebuilt the senior management team, introduced advanced technologies and mining methods at the Lac des Illes Mine and achieved an operational and financial turnaround within two years that made the Lac des Illes Mine one of the largest underground mines in Canada, culminating in the recently announced sale of NAP for $1 billion to Impala Platinum. Prior to NAP, Mr. Gallagher spent 24 years with Falconbridge Inc., in a variety of operational and project management roles and eight years as Global Director of Mining for Hatch, leading one of the largest mining EPCM teams in North America. Mr. Gallagher currently serves on the Board of the Ontario Mining Association.

Board Renewal and Management Update

Pursuant to the Board Renewal plan, Richard Faucher has resigned from the Board. The focus is now on completion of the President and CEO search. Several high-quality candidates have been identified and the Company will provide further updates once a decision has been made.