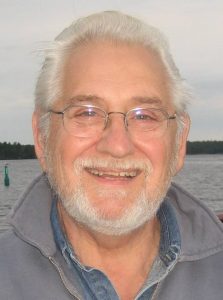 On the snowy eve of Tuesday, January 8, 2019, Terry completed his journey here on earth doing what he loved most: singing. Creative, artistic, ingenious, hands-on, entrepreneur-minded, entertainer, visionary, volunteer. These are words that describe a man, father, grandpa, great-grandpa, brother, uncle, cousin, and friend who was truly loved and admired. Terry shared his many talents with those around him, and through his music and art he made many smile. His infectious grin and sly sense of humour reflected his deep passion and joy for life.

In 1940, Joseph Arnold Terrence was born to the late George Sadler and Anne Matton in Cobalt, Ontario. He is predeceased by his soulmate Mary (Nicholson) Sadler. Together they raised a family that will forever be imprinted with their enduring love legacy.

Terry will be memorialized and missed by his brothers and sisters, and sisters in law: Norman (Bonnie) Sadler, Shirley (Ted) Lacroque, Diane (Juan) Brouillard, Brian (Janit) Sadler, Sharon (Richard) Cyr , Debbie (Peter) Rogers, Irene Nicholson, Beryl Nicholson and Paula McAvoy. And will always be in the hearts of his uncles and many, many nieces and nephews.

The Sadler family would like to extend their heartfelt gratitude to Timiskaming Emergency Services and the Temiskaming Hospital medical staff for their kindness and concern for Terry during his final moments. A very special thank you to Brian and Glenda Matheson.

Memorials and donations in Terry’s name will be recognized by the Golden Age Club in Cobalt and Encore Club in Kirkland Lake as a celebration of the joy he felt while sharing his gift of song. 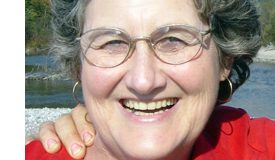