THE GAME: Exposing the underbelly in the world of commercial sexual exploitation

The underbelly in the world of commercial sexual exploitation is referred to as “The Game”. The Game involves the inner workings of sex trafficking from the beginning of trapping a victim, to everyday operations. The game has many players: pimps, victims, madams, escorts, drivers, insiders and more. However, the tactics used by traffickers (pimps) level them an unfair advantage and predict an outcome that always puts them on top. The goal of “The Game” is for the pimp to be the best at it. Pimps rival one another and there are territorial disputes as well as claiming of property (victims). It is very common for a pimp to brand or tattoo his victim with his trademark signature so that other pimps know she belongs to him. There is also language specific to players in the game that helps to describe the hierarchy and activities involved. Therefore, it is beneficial to police officers and front line crisis workers to be familiarized with these key terms so that they can connect with the victim and gain trust through an empathetic and understanding approach.

“The Game” begins with grooming. Grooming involves the pimp targeting a victim and then using specific strategies to gain her trust so that he can ultimately exploit her. Pimps target young girls and boys from vulnerable populations because they are the easiest to groom. Children from broken homes, group homes, dysfunctional families and impoverished communities are the most targeted. For example, in a published pimp training manual online titled “Pimpology 101” it recommends that pimps lure their victims from group homes and refers to them as “gold mines”. Every move a pimp makes is intentional and crafted to help him trap his victim; using tools like social media apps and the internet to target and groom them. They know that the online world has become the vehicle in which they can access a plethora of victims extremely easily.  A recent study showed that one third of the victims said they were recruited by men they thought were their “boyfriends”, while another 25% of victims were recruited by friends who were victim themselves. It is very common for trafficked persons to feel pressure to recruit new girls and this happens for a number of reasons. Firstly, victims understand that they want to keep their traffickers happy and if they can provide a way to bring in more money, they will try to do it. Also, it comes down to survival. If they can keep a pimp occupied with training his new victim, it is less time that they have to spend being beaten and abused themselves.

Grooming isn’t as visually dramatic as it sounds either. It starts by making a connection with the chosen victim by selling them the idea of love. The pimp will act like he is her boyfriend and he will lavish her with attention, gifts, love and promises of a life together. Once he has established trust with her, he will begin to isolate her from family and friends and try to get her to depend on him as much as possible. Once he has become successful with establishing trust and isolating her, he will “break her”. This involves the pimp savagely raping his victim and using extreme measures such as physical violence, threats and deception to keep the victim oppressed. However, not all victims of HT are locked up and detained physically. Pimps are extremely successful at scaring or manipulating their victims into believing that they do not have any other choice but to be compliant to the demands made by their pimp. The locks and chains are perceived locks and chains as a result of the extreme mental abuse that the victims have endured.

The cruel reality is that slavery continues to exist today, albeit in an evolved form. It has been estimated that more people are in bondage today than at any other period in history. Modern day slavery is evolving rapidly as traffickers are adapting their strategies of recruitment and retention of victims. This includes exploiting systemic gaps in the prevention and protection of victims as well as the prosecution of traffickers.

Please feel free to stop by our office at 16 Ganley st for resources and handouts about Human Trafficking and “The Game”. The more equipped we are as a community with information about HT, the better we are at fighting against it and preventing possible HT cases from occurring. 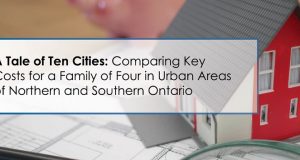