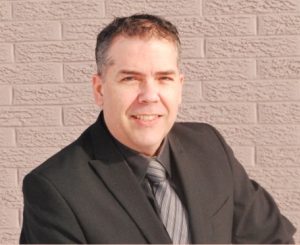 On June 7th, 2018 the riding of Algoma-Manitoulin will not only have a person they can vote for on the ballot but a local family man. The option is finally here for the constituents of this Northern Ontario riding who want a stronger voice for their riding and Northern Ontario.

The Northern Ontario Party is proud to announce that our very own Party President, born, raised, and residing in the central Algoma area, Tommy Lee as the Candidate for Algoma-Manitoulin.

Tommy has committed to represent the constituents first by voting the way they want him to vote in the Legislature and to have “NO BROKEN PROMISES!”  He also intends to keep the new government accountable to funding community projects such as “the Hub” in Elliot Lake as promised.  Tommy also believes that the MNRF is currently mismanaged to the detriment of our fish and wildlife.  He feels that it would better serve it’s purpose if it were located in Northern Ontario, run by Northern Ontarians.

Tommy believes in bringing good jobs back to Northern Ontario, and if given the chance, he would introduce legislation requiring at least 50% of Northern Ontario’s raw materials from mining and forestry would need to be manufactured to a finished form right here in Northern Ontario.

Northern Ontario Part – Seeking Medical Care Should Not Be Hazardous

The Need for New Northern Ministries

Interested in Becoming a Candidate for the Northern Ontario Party?