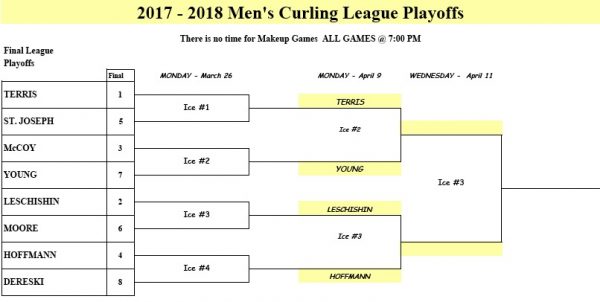 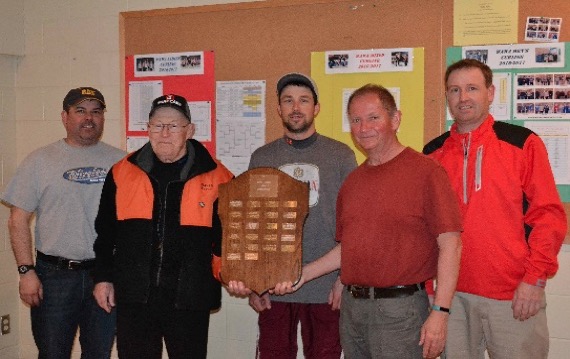 Men’s Curling Playoffs began Monday evening with Teams Terris vs Team Young and Team Leschishin ss Team Hoffmann advancing to the Semi-Finals on April 9th. Note – in the event of Tied Points, the Team with the Best Record against the other Team is ahead. If both teams won the same number of games against each other in regular Season then the team that won the first game is ahead.