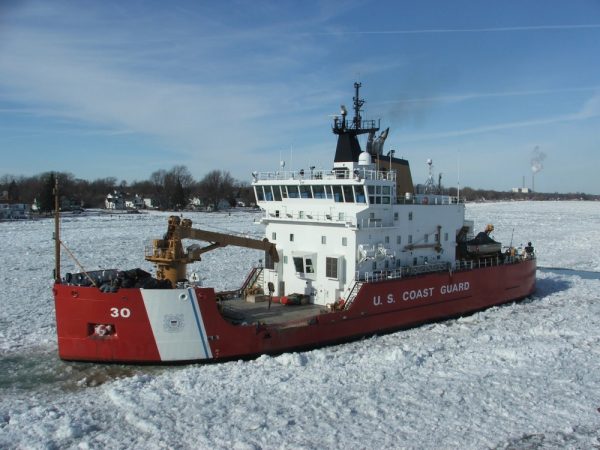 Operation Taconite is the Coast Guard’s largest domestic icebreaking operation. The operation encompasses Lake Superior, St. Marys River, the Straits of Mackinac, Georgian Bay, and Lake Michigan. In the coming weeks, various commercial waterways may close after due consideration is given to the protection of the marine environment, the need for cross-channel traffic (e.g. ferries) and the safety of the island residents; who, in the course of their daily business, traditionally use naturally formed ice bridges for transportation to and from the mainland.

The implementation of Operation Taconite places additional movement criteria on commercial ships plying the western Great Lakes, St. Marys River, and the Straits of Mackinac. These measures include restricting tanker transits to daylight in the presence of ice, reducing speeds by two miles per hour in specified locations to reduce incidental ice breaking, and requiring additional voice and position reporting points throughout the operation’s area of responsibility. The Coast Guard recommends all recreational ice users plan their activities carefully, dress appropriately, use caution on the ice and stay away from shipping channels. Recreational users and island residents should stay tuned to local media resources for the status of regional waterway closures.