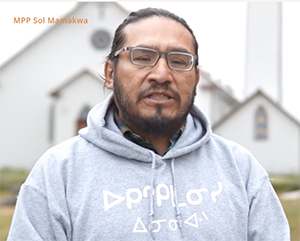 NDP Deputy Leader Sol Mamakwa, critic for Indigenous and Treaty Relations, will travel to Edmonton to meet Pope Francis on a Papal Visit to the former Residential School in Maskwacis. Mamakwa will carry with him a birchbark scroll with the testimony of other survivors calling for the revocation of the Doctrine of Discovery.

“This visit will provide a unique opportunity for Pope Francis to listen and dialogue with Indigenous peoples on our own territories. I will be travelling to Edmonton to meet the Pope during this visit.

Pope Francis’s visit to Canada brings with it complex emotions for Indigenous peoples, including myself. I will be sharing greetings with him on behalf of all of the people of Kiiwetinoong, especially those of the many who survived the Indian Residential School system.

It is my hope that the message shared by the Pope next week will be a catalyst for healing, including the release of all records and sacred items being held by the Church, the revocation of the Doctrine of Discovery, and the prosecution of those who participated in the abuses of children in the schools.

We know that every survivor has a story. I hope that the visit of Pope Francis will be led by the spirit of listening to these stories and a true commitment to healing.” 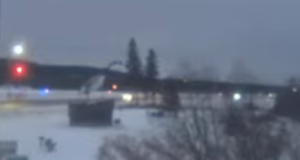