There are sixteen fires now in the Northeast Region. Local fires are: 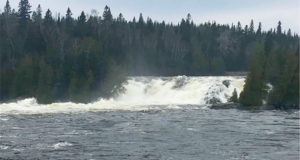