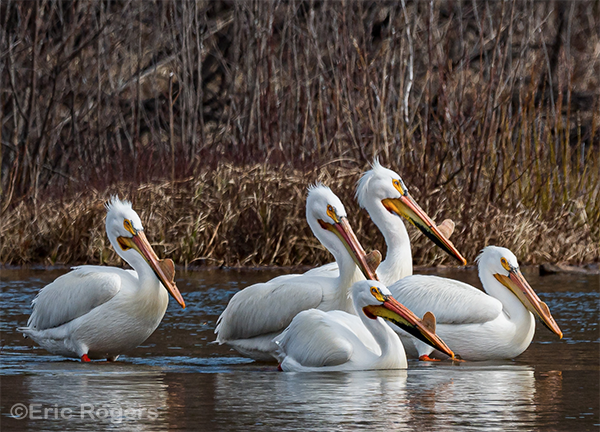 Eric Rogers captured these five beautiful American White Pelicans. He explained that they took a break at Buck’s Marina Tuesday morning for a migration rest and some feather preening. They appear to be quite far off their migration route and are in their breeding appearance state. 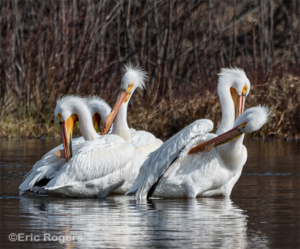 In early June 2020, a small flock of 4-5 were seen on Wawa Lake, and a couple of years earlier I saw one at Old Woman Bay.

As you can see from Eric’s beautiful photographs, they are quite a pretty bird – stark white, orange bill, and black wingtips.

Research shows that the American White Pelican breeds primarily in two locations: Lake of the Woods and Lake Nipigon. The species has been known to breed in other locations, such as the north shore of Lake Superior; however, there are generally fewer nests at these locations.

If you see them, don’t startle or scare them; they are very sensitive to human disturbance, especially during nesting and fledging. Even unintentional disturbances may cause adult birds to temporarily leave or abandon their nests, making chicks vulnerable to overheating and predation.