During Bullying Awareness and Prevention Week, Stephen Lecce, Minister of Education, joined by Raymond Cho, Minister for Seniors and Accessibility, and Sam Oosterhoff, Parliamentary Assistant to the Minister of Education, met with partners to announce new funding to combat bullying and discrimination against students with disabilities, and unveiled a strengthened plan to counter bullying in-class and online.

This updated anti-bullying policy requires all school boards to have a policy in place that protects students from bullying. The protocol will help foster more welcoming and supportive school communities, with an emphasis on preventing bullying and hate in schools. For the first time, there are specific references regarding religiously motivated discrimination, such as anti-Semitism and Islamophobia, along with discrimination based on sexual orientation and racism.

Students with physical, intellectual, and developmental disabilities face an elevated risk of bullying. Advocacy groups have called for greater supports in schools to help vulnerable children feel included, respected, and safe. According to the Canadian Survey on Disability (2017), 42 per cent of youth with a disability have experienced bullying at school because of their condition. This increases to 62 per cent among those with a more severe disability.

To help combat bullying and ensure early intervention, training for educators will be key. That is why the government is partnering with the Rick Hansen Foundation and Learning Disabilities Association of Ontario to enhance training of education staff, and increase access to culturally relevant resources and student-centered initiatives.

The provincial government announced $70,000 for the Learning Disabilities Association of Ontario to help build safer and more inclusive classrooms in Ontario for students with special education needs. As well, $47,000 will be provided to the Rick Hansen Foundation to create inclusion and disability-based bullying resources, such as ‘Kindness Prevents Bullying’ presentations and activities for elementary and secondary students, as well as ambassador presentations on how kindness can stop bullying. Schools can also request real-time ambassador presentations with student Q&A. These resources are available to all boards and schools on the Rick Hansen Foundation Website.

“Bullying against students with disabilities is reprehensible,” said Minister Lecce. “By working together, we will stop bullying, save lives, and advance the values of respect, unity, and human dignity. These partnerships will help students and school communities act decisively to counter bullying, wherever it takes place – online, in-class, or on the playground.”

In 2019, the Ontario government announced new measures to help prevent and combat all forms of bullying in schools. Part of that commitment was to review the definition of bullying in ministry policies to ensure it reflects the realities of today. The last time the definition was reviewed was 2012. With the prevalence of cyberbullying and new disturbing forms of victimization emerging against children of diverse backgrounds, the government is acting to ensure the definition accurately reflects the realities young people face today.

To better protect students, the Ontario government has updated and strengthened its formal guidance to school boards around bullying prevention and intervention to clarify expectations when boards are establishing their bullying and prevention plans and policies. With this new measure, the policy is better aligned with the social context of bullying and realities of today, including the evolution of technology and the role it plays in the lives of children and youth. For example, the description of cyberbullying has been expanded to reflect a broader range of online activity where cyberbullying takes place.

In 2019, Minister Lecce unveiled an updated Health and Physical Education curriculum for grades 1 to 8 that now includes mandatory learning about online safety in all grades, including learning about cyberbullying, cyber security and privacy. Students also learn how to build and support healthy relationships, and develop skills to identify, prevent, and resolve issues that may lead to bullying. 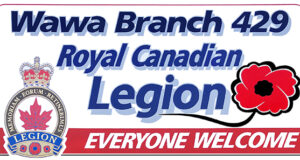