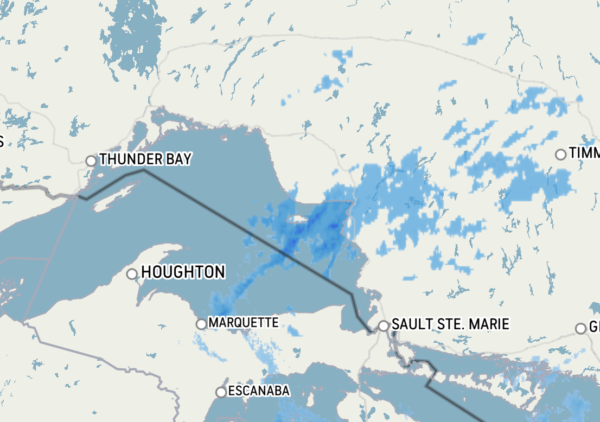 Snow squalls continue today. Snow squalls have developed between Wawa and White River south of Highway 17 and will move into the town of Wawa later this morning. The snow squalls will drift into the Agawa region this afternoon.

Travel along Highway 17 between Wawa and Agawa Bay may become hazardous due to heavy snow and poor visibility. Accumulations up to 10 cm are possible.

Snow squalls may impact the area into Friday afternoon. Travel along Highway 17 between White River and Wawa may become hazardous due to heavy snow and poor visibility. Accumulations in excess of 15 cm are possible, although the shifting nature of the snow bands may limit accumulations. At this point, it appears that the heaviest amounts will occur south of Highway 17. The snow squalls should move east of the region by late Friday.

Travel may be hazardous due to sudden changes in the weather. Visibility may be suddenly reduced at times in heavy snow. Surfaces such as highways, roads, walkways and parking lots may become difficult to navigate due to accumulating snow.