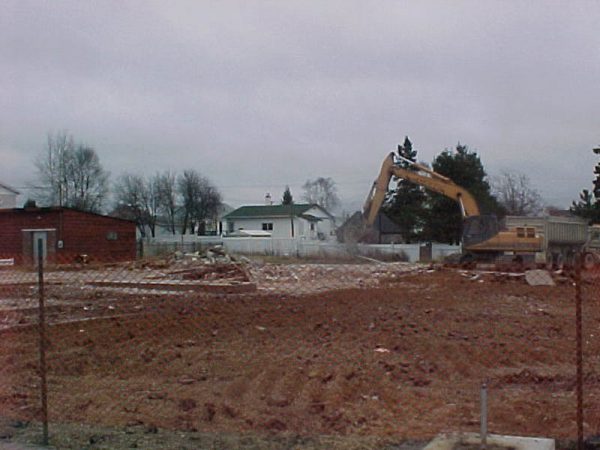 Nineteen years ago, Wawa residents bade farewell to the Esso Station at 95 Broadway. At that time, I was a typesetter at the Algoma News Review and moonlighted as a reporter. At the end of August 2001, I wrote at that time that the Esso had closed. Esso Imperial Oil had not given an official comment as to the specifics of the closure, but the deciding factor for station closures could have been a continuous decrease in the volume of gas sold. The deciding factor was not economics but environmental. Surface drilling had been conducted earlier this year, and the results indicated that there is an environmental concern forcing the station’s removal in order to rehabilitate the site.

At one time, as the highway opened, Wawa had nine or so gas stations, Fred’s (Mugs), Jamestown Transit, Imperial Oil (beside Hudson Bay Co.), Victor White’s Texaco, Pete’s Gulf, Bill Young’s at Young’s General Store, Biluks, Harry Griffith (Station Road), and Shell (Subway). As a Texaco station, the original owner and builder was Victor White, with Harold Bell, Brian White, Don Gainer, Bruce Pye, Perry Daoust subsequent owners. During the tenure of Gary & Myrtô Stockton, the station changed from Texaco to the current owner, Esso Imperial Oil. Under Esso, it was operated as K & B Esso, and last operator was Perry Kauk (who also had the Greyhound stop).

With this closure and subsequent demolition, that reduced the choices to fillup within the community to Pete Zedlacher’s PetroCan,  and Anita Young’s ‘Young’s General Store’ with Esso. On Pinewood Drive, there was Chisholm’s on Pinewood Drive (formerly the Petrofina); and just a little further south on Highway 17 was the Driftwood Travel Centre (formerly Walter Gatz’s Magpie Truck Stop), and a seasonal gas station at Anne May’s Cedarhof.

Today, the corner remains vacant, with occasional testing of the soil. Most of the gas stations are gone; with the PetroCanada, Young’s, SP & G, and Davidson Fuels remaining in operation today.