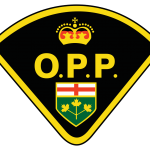 On September 8, 2020 at 7:10 a.m., members from the Nipissing West (Warren) Detachment of the Ontario Provincial Police (OPP) responded to a collision involving a school bus and a pick-up truck on Highway 17, near Sutcliffe Road, in the Municipality of Markstay-Warren.

There were no children onboard the bus and both drivers were not injured.

As a result of the investigation, the driver of the pick-up truck, age 80, from Marksay, was charged with Change Lane – Not in Safety, contrary to section 142(1) of the Highway Traffic Act.