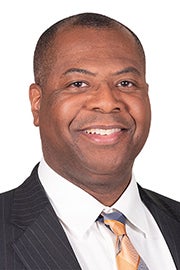 Kevin Yarde, NDP Critic for Community Safety and Correctional Services, released the following statement in response to the Ford government’s announcement regarding the hiring of 200 additional provincial police officers:

“We are disappointed that the Ford government’s announcement did not consider or address the vital reforms that are being called for by community leaders, experts in health and justice, members of Black, Indigenous and racialized communities across the province, and many police chiefs.

The same under-resourced communities identified in today’s announcement also suffer from a lack of access to basic healthcare and educational opportunities for young people, in addition to infrastructure amenities like clean drinking water, safe housing, affordable food and transportation infrastructure. Doug Ford’s announcement does nothing to address these critical concerns.

Nor does it address the desperate need for considerable investments to address the chronic underfunding of the mental health professionals, social workers, and other frontline workers that are best equipped to ensure that Ontarians in need of mental health and addictions supports are safe.