Marine Forecast – Wind light becoming southeast 15 knots this morning then backing to east 15 early this afternoon. Wind diminishing to light early this evening then becoming south 10 overnight. Wind increasing to southeast 15 near noon Tuesday then diminishing to east 10 Tuesday evening. Showers tonight and Tuesday morning with a risk of thunderstorms. Waves less than one half metre building to one half to one metre near noon. 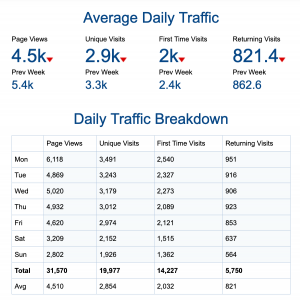 There were no new forest fires confirmed by late afternoon on June 28. with two active fires remaining in the region, Peterborough 1 and Kirkland Lake 1.The fire hazard is mostly low to moderate for the eastern half of the Northeast region, with the exception of a small area between McKellar and Magnetawan, and an area surrounding the community of Bancroft which are showing a high hazard. On the western half of the province, the fire hazard varies from low to high, with the areas showing the highest hazard being along the northern shore of lakes Huron and Superior, as well as most of the western portion of the Cochrane sector.

Two new fires were discovered in the Northwest Region by the mid-afternoon of June 28, Nipigon 10 – being held and Dryden 9 – now out.

The fire hazard is high to extreme across all sectors of the Northwest Region. Please use caution with campfires and consider alternatives to outdoor burning, such as chipping, composting or disposing of brush at your local landfill.

Drug overdoses continue during this pandemic.The Timmins Police Service has issued a public advisory after eight incidents (in 24 hours) in which people were in medical distress due to the consumption of illicit substances. 3 are dead, and five others were revived.

Premier Doug Ford will be joined by Christine Elliott, Deputy Premier and Minister of Health, Caroline Mulroney, Minister of Transportation, and Sylvia Jones, Solicitor General, to make an announcement at 1 p.m.