The Ontario English Catholic Teachers’ Association (OECTA) met today with representatives of the government and Catholic school board trustees, to continue negotiations for a new collective agreement. A Ministry of Labour-appointed conciliator was present to assist with the talks. Seeing little prospect for further progress, OECTA has requested that the conciliator file a “no-board” report.
“In spite of the challenges created at the bargaining table by the government, we came to the table hopeful that we could move forward,” says OECTA President Liz Stuart. “Unfortunately, while we continue to work constructively with the Ontario Catholic School Trustees’ Association, the government is holding firm on their desire to make devastating cuts to Ontario’s publicly funded education system. Premier Ford and Minister Lecce need to understand that these cuts are unacceptable to Catholic teachers, and unacceptable to Ontarians. Frankly, it is baffling they have not figured this out by now.”

A “no-board” report would put Catholic teachers in a legal strike position 17 days after it is issued. “Ontarians know that Catholic teachers want to be in our classrooms with our students,” says Stuart. “But they also know these classrooms need to provide a learning environment that will enable every student to realize their full potential. Premier Ford and Minister Lecce have already wasted enough of everybody’s time and resources by failing to take negotiations seriously. If they genuinely want to help students succeed, they will stop trying to mislead Ontarians about the issues, and acknowledge that Catholic teachers cannot and will not accept an agreement that would be detrimental to the learning and working conditions in our schools.”

OECTA members recently voted 97.1 per cent in favour of taking strike action if necessary, but the Association has not made any specific determination at this time about what potential job action might look like. “Despite Minister Lecce’s claims, Catholic teachers have been eminently reasonable throughout this process,” says Stuart. “Our goal remains to negotiate a fair agreement at the bargaining table. However, this government has a consistent record of only doing the right thing when they are under pressure from Ontarians. We hope this ‘no-board’ report will encourage them to get their act together sooner rather than later, and give their negotiating team the mandate to come to an agreement.” 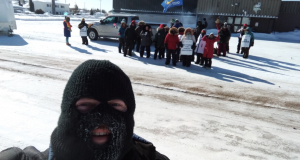 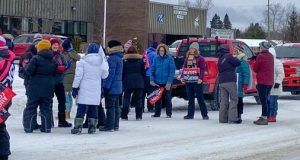 Minister of Education on Status of Labour Negotiations