Over the past week, members of the Superior East Detachment of the Ontario Provincial Police (OPP) responded to multiple break and enter occurrences in Chapleau, Ontario.

The suspect in these cases was located and arrested on October 28, 2019, at approximately 11:15 a.m. As a result of the investigation, Daniel TURNER, a 24-year-old from Chapleau, Ontario, was charged with the following:

The accused is being held in custody pending a bail hearing on Friday, November 1, 2019. 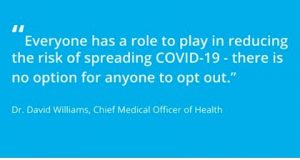 Statement from the Chief Medical Officer of Health