Due to significant rainfall in the area, there are a number of roadways which are flooded and are not passable. The following is a list of road closures at this time:

If at all possible, motorists are advised to stay off the roadways at this time. Public Works is working to address flooding concerns; however, the storm system in many cases is at or beyond capacity.

Further updates will be provided as appropriate. 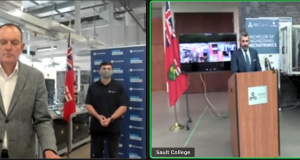