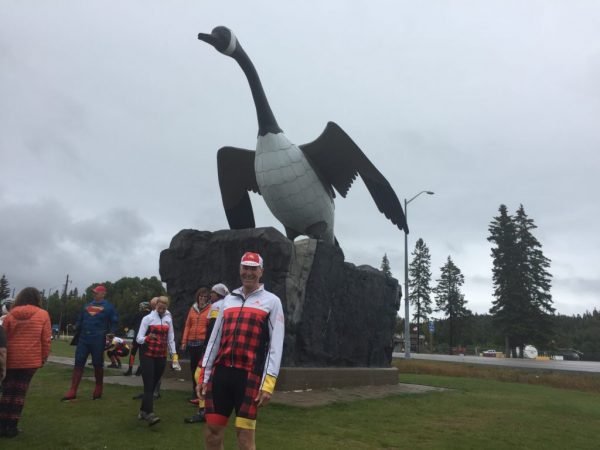 Yesterday, despite the pouring rain, participants in the National Kids Cancer Ride and their support staff made their way from Marathon to Wawa where a spaghetti and meat balls dinner hosted by the Wawa Rotarians was waiting.

The riders left White Rock on September 4th, and for Day 10 – 14 riders were to ride from Marathon to Wawa, but with the weather horrible, riding was deemed unsafe and the riders were shuttled to Wawa. Once in Wawa, the rain began to lift, and a group of determined riders held to their promise to ride every day for the children and went for a 30km ride. 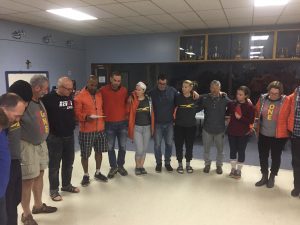 Every day, the riders dedicate their ride to a particular child. The ride on Friday was dedicated to Caleb. From the daily journal that is online, “From a very young age, Caleb displayed a strong will, feisty attitude, unbreakable spirit and unwavering courage. He could melt hearts with his sparkling blue eyes, his beautiful smile and his charming personality. On his third birthday, he was diagnosed with Stage IV, ‘High Risk’ Neuroblastoma – a relatively rare and aggressive cancer that developed from the nerve cells in his adrenal gland, and metastasized to multiple sites on his body. With treatment, Caleb would have a 50% chance of survival. Tragically, eight months into treatment, doctors discovered a new cancerous growth in the bone of his leg. From this point on, treatment would be considered “palliative care”, as there is no known cure for relapsed neuroblastoma. On March 24, 2015, one year after his courageous and valiant fight began, and just four weeks before his fourth birthday, Caleb’s pain and suffering came to an end. So today, we will ride for Caleb.) 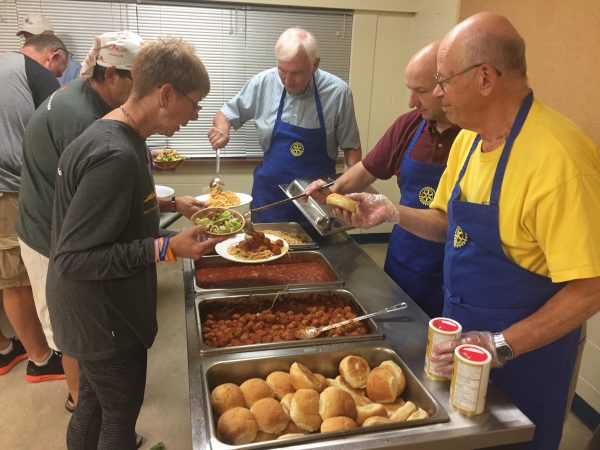 The group expressed their gratitude again to the community of Wawa for the MMCC showers, and a place for dinner. They were also delighted with the meal. Rotarian Russell Reid explained how important the community support was saying, “This national non-profit charity is to be commended for continuing this annual Ride without a National Sponsor (Sears Canada withdrew support several years ago). The level of Community Support being shown has maintained their momentum given this absence.” One of the support crew told Wawa News that he loved being in Wawa. He had visited in 2012, 2014, and 2017 (in 2012 as a rider). At that time he noted that Rob Schumacher hosted hot coffee and hot chocolate! ‘The support in Wawa is amazing!” 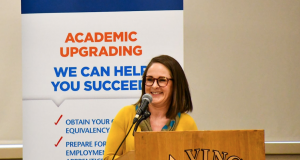