Atomic MusicFest is Coming This August 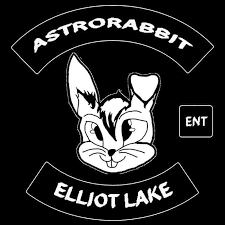 Corey McKenzie of AstroRabbit Entertainment has been working on a Heavy Metal festival for quite some time. Corey’s vision and hard work have caught the interest of many who have been following his story.
The festival will be held outdoors from Friday, August 9 until Sunday, August 11, at the Elliot Lake Airport.
Corey has the support of the local community and has worked with the local city council to obtain permission to rent the use of the airport and surrounding area for attendees to camp out. 50% of the profits gained from revenue will be donated to the Elliot Lake Hospital and non-profit organizations.
The festival will consist of at least a dozen bands including the best of the best Heavy Metal Tribute acts.
Talent includes  Parabol (The tool Experience), Sandman (The Only Sanctioned Metallica Tribute), Night Prowler (The Ultimate AC/DC Tribute), and Fantera (A Kick-Ass Tribute to Pantera)
Besides, Parabol, other local SSM acts to be on the bill includes Jack Spades and Re:Born who will also be opening up for the legendary Killer Dwarfs on April 27.
Although this festival is geared towards the heavier sound; Corey is not leaving anyone out, as members of the local Soo Hip Hop community will also be performing.
Vendors, as well as more acts, are encouraged to contact Corey to see how they can make this great festival even better.
To purchase tickets and to get information on lodging and a complete list of the acts for this epic party, please visit http://www.astrorabbitentertainment.com/atomic