On February 3, 2019, at approximately 2:55 a.m., members of the Superior East Detachment of the Ontario Provincial Police (OPP) responded to a call regarding a possible impaired driver in Wawa, Ontario.

Officers located the vehicle on Superior Avenue in Wawa, Ontario, and performed a traffic stop. While speaking with the driver, the odour of alcohol was detected emanating from her breath.

As a result of the investigation, the driver was arrested and transported to the Wawa OPP Detachment for further testing.

Meghan BOISSONEAU, a 22-year-old female from Sault Ste Marie, Ontario, was charged with the following:

The accused is to appear before the Ontario Court of Justice in Wawa, Ontario, on March 4, 2019. 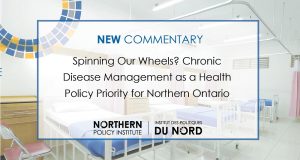