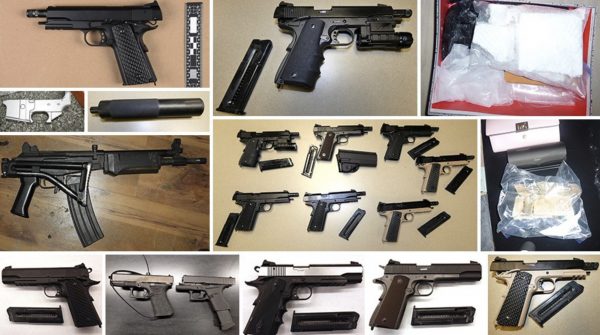 Noting a rise in domestically-sourced guns, Project RENNER began in April 2018 as a high-level Organized Crime Enforcement Bureau (OCEB) investigation targeting an organized crime group that had been producing restricted and untraceable firearms by using unregulated parts. This group manufactured these illegal guns for mass distribution to multiple criminal cells in Ontario.

During the course of the investigation, the project team combined to seize 14 handguns, six long guns — including a machine gun and an assault rifle — numerous prohibited weapons and devices — including four silencers, grenades, a conducted energy weapon (stun gun) and body armour — 1.2 kilograms of cocaine, 30 grams of methamphetamine, 13 grams of heroin, 66 fentanyl tablets and $85,000 in Canadian currency. In addition, four vehicles and a residential property were seized as offence-related property. As part of a parallel investigation, police seized three kilograms of cocaine and one kilogram of fentanyl.

OPP have charged 23 people with 156 offences including charges relating to the Criminal Code of Canada and the Controlled Drug and Substances Act (CDSA). The two main accused – Bruce McKINNON and Jon RASMUSSEN — are believed to have manufactured and trafficked in excess of 120 handguns.

The accused persons are being held in custody and are expected to appear at Ontario Courts of Justice in the near future. The investigation continues.