At the scene preliminary investigation revealed that a lone male driver had lost control of his motor vehicle causing it to rollover.

The Wawa Volunteer Fire Department were also on scene assisting.

Highway 17 is open to traffic in both direction. 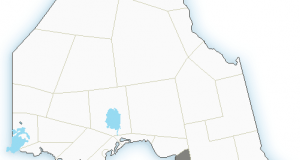 From the Branch – September 23