Doug Ford is dragging Ontario backwards, now including a $330 million-per-year cut to planned mental health funding — a slash that will mean longer waits, less supports and more people in crisis.

Andrea Horwath, Leader of Ontario’s Official Opposition, spoke out against Ford’s funding slash Thursday in the legislature, but the Ford Conservatives dug in their heels, worrying Ontarians that Ford will take the province’s mental health crisis from bad to worse.

“Today, there are over 12,000 children waiting up to 18 months for mental health supports, and there are 13,000 people in Toronto waiting up to five years for supportive housing. Addictions and Mental Health Ontario says $2.4 billion in new funding is needed over the next four years,” said Horwath during question period on Thursday.

“But instead of helping Ontarians who need it most, this premier is dragging Ontario backwards. His mental health commitment – $1.9 billion over 10 years, down from $2.1 billion over four years – is a massive cut to the supports and services Ontarians are depending on.”

“Let’s make mental health a priority, instead of putting it on the back burner,” said Horwath. “For all those struggling and feeling alone and hopeless, and for all our communities, it’s the right thing to do.” 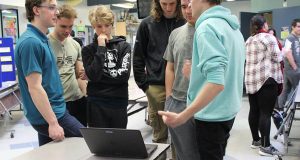