On June 3rd,  Wawa-news received a news tip that there was a yellow plume visible in Wawa Lake just by the Ganley Street outflow. The caller was concerned about the possibility this was paint or another substance that could harm the lake.

My immediate thoughts ran along the way ‘how terrible, the EDC of Wawa had worked ao hard to coordinate the Yellow Fish Road project’. When I arrived there were a couple of Municipal Infrastructure trucks there. All the storm drains leading into that outflow were being checked to find where the yellow stuff came from.

Most importantly though, was the deployment of ‘socks’ to prevent the outflow of this ‘unknown’ substance into the lake while the cause was being investigated.

This thick yellow substance was piling up on the surface of the water, but there was no odor. When touched it became chalky. The suspicion was that this wasn’t paint – but perhaps pollen. The other storm drains were checked, and the presence of pollen was noted – but nowhere near the amount found at the Ganley Street Outflow. Despite the certainty that this was pollen, a water sample was taken for analysis. Analysis revealed that it was indeed pollen and that there was no risk.

The reason why it had pooled to such an amount in only that place? Quite possibly the wave action there, had kept the pollen from entering the lake, until the wind changed. Then the pollen was able to flow out and create the bright yellow plume. 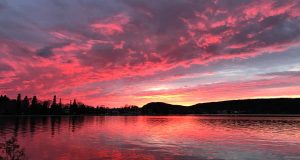 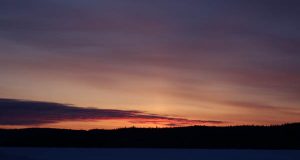 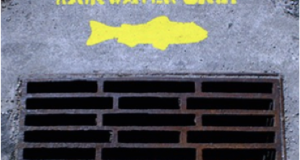