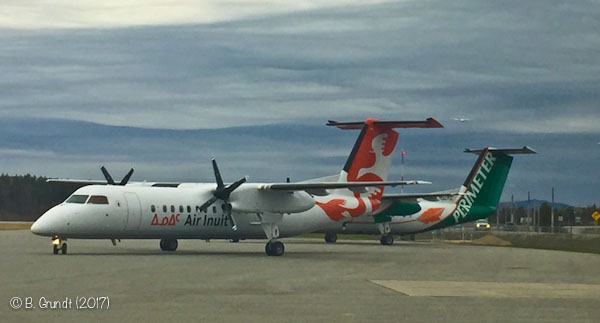 AirInuit taxing up to be loaded. In the background you can see Perimeter waiting, and AirCreebec gaining altitude as it heads to Kashechewan.

The evacuees from Kashechewan have begun to return home. The evacuation began Sunday, April 16th with Kapuskasing being the first host community. Wawa declared a state of emergency on Sunday, and received evacuees on Tuesday, April 18th. In all, it was expected that 450 to 500 vulnerable residents would be evacuated as a precautionary measure. 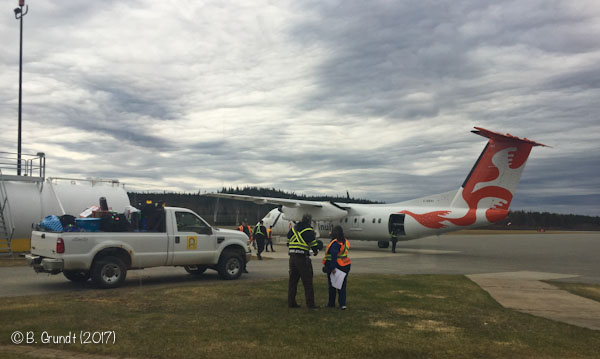 In what has become an annual event for over a decade, these evacuations are frustrating for those affected. The evacuees have to leave with short notice, limited baggage, and family separation as adult members may end up in different communities. In an effort to try and ease this frustration, Wawa has become skilled at making this time as comfortable as possible. This year there were a couple of field trips and many activities organized at the MMCC for the youth to participate in. I can’t imagine keeping kids quiet and cooped up in a hotel room for three weeks. Many agencies in Wawa help to make this unfortunate event a success.

On Wednesday, May 10th the repatriation began. Three flights were scheduled and aircraft from AirCreebec, Perimeter and AirInuit were loaded and boarded for the flight home. Flights continue tod ay, May 12th from other host communities. 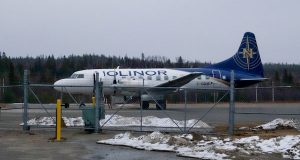