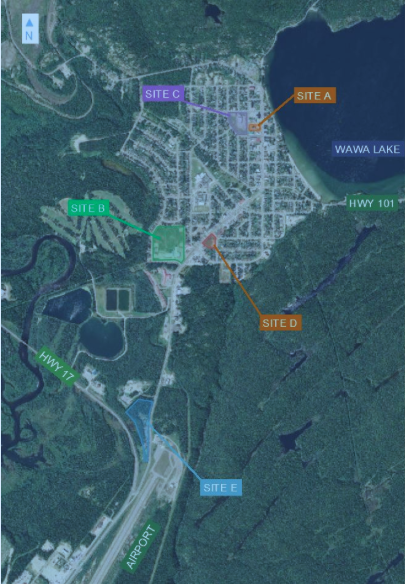 It isn’t new news; the Municipal Offices need extensive repairs, and much work to make them accessible to all residents of community – at a pretty large cost, estimated at well over $1 million to correct identified deficiencies such as mould abetment, asbestos abetment and work to both the interior and exterior, including a new HVAC to make the building safe and ergonomically friendly.

That doesn’t include the work needed the to comply with the Accessibility for Ontarians with Disabilities Act (AODA); including a possible elevator and remodelling of the front foyer among others things. CAO Chris Wray stated in his report, “Compliance with the AODA is expected to increase the required building changes by an additional $1 million.”

Kresin Engineering did an extensive report on the facilities that are in need of repairs: Both OPP Detachment offices (Highway and Downtown), Wawa Fire Department Fire Hall, Wawa Public Library, Municipal Offices, and Court Facilities.

To that end, Council has set aside funds in the 2016 Operating Budget to conduct a site feasibility study for a new ‘community hub’. The results of that study have been presented to the Corporate Planning Committee which has now recommended that CAO Chris Wray continue the process and develop a Business Case to support the premise of a ‘public sector community hub’.

Kresin Engineering suggests that the optimum site would be the Michipicoten Memorial Community Centre site, is the preliminary preferred site due to its size, location and availability. The proposed  ‘public sector community hub’ would integrate the operations of the municipality’s administration, Wawa Public Library, Wawa Fire Department, Ontario Provincial Court and Ontario Provincial Police. If feasible, construct a single building to house all services.

The preliminary project budget estimate is $12 million, with discussions to begin with the Province of Ontario to identify funding and financing options. Identifying project partners such as Ontario Mine Rescue was also mentioned. Several years ago the idea was put forth to have MPAC set up offices in Wawa, perhaps that may yet happen.