On March 18, 2017 at approximately 8:00 am, Ontario Provincial Police (OPP) received a report of a theft of gas which had occurred in White River, ON. The suspect truck involved, a black Dodge Ram, was reported to be travelling westbound towards Marathon.

OPP officers observed the truck on Highway 17, Pic Township in the District of Thunder Bay. The truck quickly accelerated westbound. OPP members attempted to locate the Ram truck and found it off the roadway, heavily damaged. Investigation revealed the driver lost control and left the roadway.

Both the driver and passenger were arrested at the scene. Further investigation identified that a vehicle parked near White Lake Provincial Park had been damaged and items stolen from inside. This stolen property was recovered.

Kenneth FAWCETT (35 years) of Hudson Hope, BC, is charged with:

Crystal COLLINS (25 years) of Sylvan Lake, AB, is charged with:

Both parties were held for a bail hearing.

The investigation is continuing. 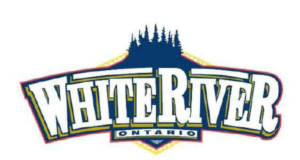